3 Huge Mistakes I Made As A Rookie Entrepreneur

If there’s one common theme among all entrepreneurs, it’s that every single one of us has made countless mistakes in business. The key question to ask after making such mistakes is: “What can I learn from this failure that will make me smarter and better next time?”

Not only should you learn from your own mistakes, however; you should learn from the mistakes of others to hopefully help you skip the learning curve in that area. In this article, I’m going to outline 3 huge mistakes I made when starting my company, Next-Level Artwork—as well as some of the biggest lessons I learned from those experiences.

Everybody thinks they’re so brilliant, so hard-working, and such a business genius that after a few months of work, they expect boatloads of cash to just be pouring in from all directions. This was certainly my thinking when I started my business, and if your expectations are similar, you will be in for a rude awakening, my friend.

What if it doesn’t happen after 3 months? After 6 months? What if 9 months into your business, you’re not only failing to make a profit, but you’re barely even making any revenue? Would you throw in the towel and give up? Or are you committed to persisting no matter the circumstances?

If you’re starting a business because you think it’s an easy ticket to make some quick cash, you could not be more wrong about that, especially if you’re new to entrepreneurship and don’t have much experience running a business. It usually takes incredibly hard work over long periods of time to even begin to make any traction—and other entrepreneurs will echo this point as well. Steve Jobs, for example, said the following:

“People say you have to have a lot of passion for what you’re doing and it’s totally true. And the reason is because it’s so hard that if you don’t, any rational person would give up. It’s really hard. And you have to do it over a sustained period of time. So if you don’t love it, if you’re not having fun doing it, you don’t really love it, you’re going to give up.”

There’s obviously nothing wrong with wanting success to come quickly. You just need to be prepared to keep pushing forward if it doesn’t happen as fast as you want it to. We might expect success to be a straight line between our idea and our desired destination, but in reality, it’s almost certainly going to be a very squiggly line full of setbacks, disappointments, failures, mistakes & gut-punches. Prepare yourself mentally for that, going into it, and you’ll be much more equipped to handle these inevitable setbacks as they arise and keep pushing forward in spite of them.

MISTAKE #2: Trying to build the business around mediocre products.

Brian Tracy often says that 90% of business success is having a great product or service in the first place. What astonishes me is how frequently I see rookie entrepreneurs just grab at the first product line they can think of, and they then spend months of time and energy trying to build a business around that.

My company is in the ecommerce space, so every now and then I’ll peruse subreddits and forums related to ecommerce to get some ideas. More often than not while doing this, I’ll see fantastic examples of what NOT to do as a business owner.

I cannot even begin to tell you how many online stores I’ve seen built around embarrassingly bad products. Some were so terrible that I cringe when I even think about them. Like you’ll see stores where the person is selling a crummy blue T-shirt with a mediocre company logo on it—and it’s a company that I’ve never even heard of before because they just made it up two weeks ago. “45 bucks, buy my blue T-shirt—Hey!? Why am I not converting any visitors?”

Just to give one more example that still gives me nightmares, I saw another person who was selling posters (in addition to selling kites AND sweatshirts—a hilarious example of failing to specialize, but that’s a whole separate problem that we’ll save for another day). These weren’t just any old posters being sold, however. They were, to put it bluntly, absolutely terrible. I mean the artwork that was printed on the posters was just the worst stuff you’ve ever seen. Like, the sort of thing a third-grader would create for an art project that he ended up getting a D+ on. He asked me for feedback on his website, and I told him, quite plainly, that in a million years he couldn’t possibly build a successful business around such mediocre products.

I don’t say these things just to be mean or to make fun of people. It’s a mistake that I made as well when starting my business. Here is the key thing to understand on this point: If you sell mediocre products, you can only ever expect to get mediocre results.

I started my company selling pretty unremarkable artwork. It wasn’t bad artwork—it just wasn’t particularly interesting. We’re talking like, a photograph of a waterfall, or a non-memorable landscape painting. It’s not that it’s impossible to build a company around selling such products (in fact, plenty of companies do successfully sell page after page of what I would describe as quite boring artwork); it’s just that those sort of mediocre products don’t excite people to the point that they’re throwing their credit cards at you or becoming raving fans of your company.

After failing to gain any traction trying to sell this bland artwork, I made the decision to pivot the company—concentrating on selling only the absolute most outstanding, striking, remarkable artwork that I could possibly find. I rebranded the company as Next-Level Artwork and set the standard that every item we sold from that point on had to truly line up with that company name and promise. Everything else, I got rid of. From that point on, when shopping for artwork to add the collection, I decided that it had to be so good that people would practically be falling out of their chair when they saw it.

Let me ask you a difficult question here: Do you think it’s easier for me to make sales now? Absolutely it is, because people see the artwork, and they’re just like, “WOW! I have to have that!” You simply don’t create that same level of excitement and desire—especially among my target audience—with a bland painting of a tractor or a sunset.

If your products are fantastic, people will want to buy them, they’ll buy them again, they’ll be happier with them, they’ll pay more for them, and they’ll tell their friends about them—much more so than if it’s just an average product of average quality. This almost seems axiomatic when you spell it out like that—”Yeah, duh a great product will sell better than a bad one!”—but I have to reiterate that attempting to sell mediocre products is probably one of the most common mistakes I see rookie entrepreneurs make.

MISTAKE #3: Making it up as I went instead of modeling success.

This gets back to my earlier point that almost all of us think we’re so brilliant, with such fantastic business ideas, that we can just fly from the seat of our pants and achieve massive business success in no time. It’s just human nature to think we’re smarter than most people, work harder than they do, and have better business ideas. This is the famous “Dunning-Kruger Effect” that I’m sure you’ve heard of before.

I say this not to hurt your feelings, but a lot of your ideas probably suck. A lot of MY ideas suck—as I’ve unfortunately learned time and time again while running my company. Marc Randolph, the Founder and former-CEO of Netflix, pushes this concept to the max and says that there are no such things as good ideas. As we read in a Stamford Advocate article:

“It might be surprising to learn that entrepreneur, investor, mentor and Netflix co-founder Marc Randolph says that there is no such thing as a good idea. ‘Spending a lot of time trying to validate an idea, doing research and doing planning is a waste of time,’ he says. ‘What you need to do is immediately collide your ideas with reality.’ And not just once, he implores, but ‘hundreds if not thousands of times.'”

He expounds upon this notion in a couple of fantastic interviews with Ed Mylett and Tim Ferriss, but his basic point is: What may seem, on paper, like a great idea oftentimes falls flat on its face when tested in the marketplace. So what you really need to do is just try a bunch of stuff quickly to find out what works.

It’s an excellent point, but if you think about it, there’s a clever way to circumvent or at least speed up that process: Model yourself off of what’s already working! The most successful companies have already gone through that brutal learning process. They’ve already run countless experiments; they’ve already hired the teams of experts to optimize every piece of their website and sales process.

Yes, to a certain extent, you are going to have trial & error processes unique to your company, but where possible, model yourself off of what’s already succeeding in the marketplace. What sort of advertisements are performing well? What selling points do the most successful companies place the most emphasis on, and which do they focus less on? What do the websites of the top companies in your space have in common? What design elements can you integrate into your own site? What sort of products are the best selling—and which ones consistently sell the least?

What I don’t mean here is, fail to be innovative, and just be another me-too company that makes no effort to seek out new ideas and “blue ocean” opportunities. Obviously that’s not what I’m saying. What I do mean is: When you’re asking what the best thing is to do in a certain area, oftentimes simply studying what successful companies do is a good starting point to put you on a solid foundation—and it can spare you the expensive, time-consuming learning process of trying a bunch of stuff, only to eventually hit upon the solution that they had already discovered four years ago. 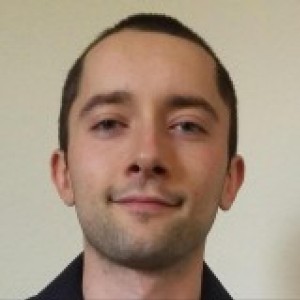