How to Build an MVP

If you are an entrepreneur or want to be an entrepreneur, you have probably at some point said, “There should be an app for that.” However, going from an idea to a final product involves many steps. Not all entrepreneurs are the same – some have the experience and technical skills to handle most of the work themselves, while others are great at spotting niches in markets but aren’t able to realize their creative ideas without some outside help.

Either way, you still need to initially actualize your idea into a concept and then validate its need in the market in a resource-efficient way. There’s no point in spending lots of time and money on building a product that people don’t want or need. Prototypes and MVPs (Minimum Viable Products) are the most common ways of validating your ideas and concepts.

Prototypes come in many different forms. It could be a pencil sketch, a clay model, or even a fully working version of your idea. Its essential purpose is to communicate your ideas and designs to your investors, engineering teams, partners – anyone who’s going to help you build your product or service. For software development, there’s a whole range of excellent prototyping tools out there that don’t require any coding knowledge to use and instead rely on visual drag-and-drop customization.

The benefit of taking this step before plunging deeper into your idea is that you can see very quickly (and cheaply) if your idea will make sense from a user perspective. In software, prototypes often focus on the UI and UX aspects of the designs, not the back-end components.

An MVP is the bare minimum version of your product or service that still solves the problems your stakeholders face. It bears the minimum set of working features to bring value to early adopters and offers a way of getting feedback so that entrepreneurs can learn as quickly as possible about what to do next. It’s used to prove the market opportunity beyond hypotheticals and speculation. Another name for an MVP is a Minimum Value-Producing Product because sometimes there is more value in, for example, the data produced or other value than actual revenue generated.

Example: Back in 2012, I heard a story about a guy in San Francisco that wanted to see if he could make a way of selling beer and booze. He built a basic web form so people could order alcohol from him and he would arrive in a Viking suit with beverages in hand. There were no backend integrations of payment systems or a mobile app. He just wanted to find out if someone would pay to have him bring beer. He kept orders on a spreadsheet and collected data to see if this business would work.

Why do I need an MVP?

The webform in the example above was this business’ MVP. It is easy to get caught up thinking you need all the bells and whistles before you launch, but it saves lots of money and energy if you have something proven to build on. So the advice is if you can’t validate, don’t build. Collecting data can help you understand if you can build a successful business, and an MVP is a great way to do that.

As there are so many unknowns and so many assumptions about the market, customers, and response to our service during the early stages of the concept, it’s easy for unconscious bias to creep in – building what we think they need, not what is actually solving their problems. This is especially true if you’re targeting multiple stakeholders. Things can get complicated if we try to create value for all of them right from the start. Building an MVP can help us narrow down the most important values as a starting point. After all, businesses only work in the long-term if it’s a win-win-win situation. So your MVP is a test that helps improve those chances without sacrificing or committing lots of resources.

What are the best ways to start the process of making an MVP?

After exploring these ideas, you can begin getting ready to build a working app or service.

What are the problems that people have when making their first MVP?

What are the main things to remember when making an MVP for your business? 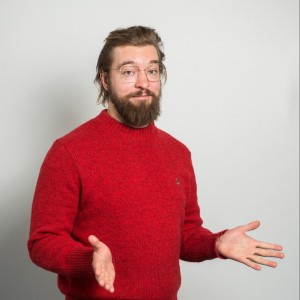 Chief Product Officer at AppGyver, where we're committed to democratizing app development by revolutionizing the professional adoption of visual programming for increasingly complex and high-quality commercial and enterprise requirements.

I'm enthusiastic about making people achieve more than they normally could. In my free time, I write, do improv comedy and street dance, ride a bicycle, go swimming in cold water and produce theatre.