So You Want to Write a Book? Here’s How I Did It

If you’re anything like me, you’ve probably spent your whole life reading various kinds of books. Maybe you had to read textbooks for school, or you found an amazing fiction book at the library that you just had to dive into. Then maybe you wondered if you yourself (yes, you) would ever be able to write a story like that. Is it your lifelong dream to be able to hold your very-own paperback with your name listed as the author? If so, then read on, because I’m about to break down exactly how I became an author (completely accidentally), developed my ideas (usually without an outline), and went about getting those paperbacks printed up (without an agent) – making my dreams a reality.

I stumbled into the author biz accidentally.

I didn’t wake up one day and just decide to be a self-published author. I could make up some crazy story about being zapped by lighting, having a vision, and then writing it down on a paper napkin before I forgot it – but that’d be totally false. What happened to me was quite typical and pretty boring in comparison: I met a guy. This guy is nothing extraordinary, even though he is an incredible guitarist with gorgeous jet-black longish hair that would’ve given 2012-era Justin Bieber a run for his money. Sixteen-year-old me was crushing hard, and after a few more years of hardcore pining and mixed signals, I knew I had to write down how I felt or I was going to explode. So during my freshman year of college, I did just that. Armed with a cheesy Internet meme of an imaginary pill that could make anyone fall in love, mixed with my latent teenage angst, I started writing with no real game plan in sight.

Someone at my church mentioned to me that they had published independently through Amazon, so I started to look into it for myself. Without any real marketing plan, I published “Just Like a Pill: Who Knew the Boy of Her Dreams Would Fall Under Her Spell” in July of 2016. Since then I’ve also published a dystopian sci-fi trilogy and book one of a time-travel duology.

No, this is not what it sounds like (as hilarious as that would be). “Pantsing” is a term in the author world describing someone who prefers to ride by the seat of their pants rather than planning out their every plot move (antonym: “plotting”). I usually avoid outlining my plot too heavily (if even at all) because I’m an intense type A personality who would sound far too mechanical if I did. That’s a decision you have to make for yourself, though. If you’re not sure, try both methods and see which one you vibe with the most. Maybe you’ll find that you’re actually a plantser (hybrid of both).

Here are some of my favorite ways to keep my focus and enthusiasm up while drafting without limiting myself strictly to an outline:

A common misconception about being a published author is that you must’ve landed a book deal through an agent. While this is really cool, and definitely something I’d like to accomplish in the somewhat near future, it’s not super high on my to-do list right now. That’s largely because I just wanted to get my stories out there, and it turns out that it’s fairly easy to do it yourself through Kindle Direct Publishing. After that, you can even have audiobooks produced through ACX, which is another awesome way to increase your revenue. But let’s backtrack a little first and I’ll show you the basic steps I follow to get my work published.

Yes, it’s really that simple. There are some technical snags that you may hit, like formatting your book for Kindle (for which you’ll need to download their free and user-friendly Kindle Create App), but it’s super easy. You’ll also have to set pricing and order your wholesale author copies, but other than that and the proof copies, the process is totally free.

I surround myself with other people doing the same thing.

The best thing about self-publishing is that you don’t have to wait for “someday” to get your work out into the world – you can do it now. Though being an independent author does place a lot more pressure on you to do your own marketing, I’ve found that there’s an insanely awesome community of writers doing the same thing. I’m part of the Association of Rhode Island Authors, and my membership fee allows me to network with all the other authors and participate in cool events like Rhode Island ComicCon and other expos, as well as speak on author panels. When you surround yourself with people doing the same thing you are, you maximize your opportunities and suddenly don’t feel so alone.

I would also recommend joining Facebook groups and linking up with writers on Instagram, such as the Facebook group I used to be a part of (I left because there were suddenly so many rules about what you could and couldn’t post, which took away a lot of the community aspects it previously afforded). But in that group, I met another young writer who is now a very close friend (despite living like eight hundred miles away from me). Then he introduced me to other talented writers my age. Like the old adage says, “it’s not what you know; it’s who you know.”

I value art over revenue.

When you’re just starting out, revenue will be next to nothing (unless you’ve got an agent pushing for you backed by a book deal). But timelines vary from person to person – you really don’t know what’s going to happen until you try. Going into it with the mindset that you just want your story out there for the world to see is the most important, because it keeps your passions high and expectations low. The one thing that is guaranteed is that your work will be published – and for me, that was enough at the time.

Since then, I’ve been actively hustling to learn all I can about marketing and collaborating with other creatives to broaden my audience – but you don’t have to worry about that from the get-go.

Just have a general idea of some short term goals that you can count on, like these:

Bonus tip: Ask for Amazon and Goodreads reviews whenever you can, but keep a thick skin with that. Not everyone will love your work, but that’s totally okay! I cringe at my first book, but plenty of people have really liked it, and it shows how far I’ve come, which is actually pretty cool.

Writing is a pretty fun journey. I’m so grateful I’ve had the chance to publish my books myself, because otherwise, I’m not sure I would have had the motivation to even try. If this is something that even remotely interests you, I’d recommend just diving in and going for it. I promise it’s not as tough as it sounds. 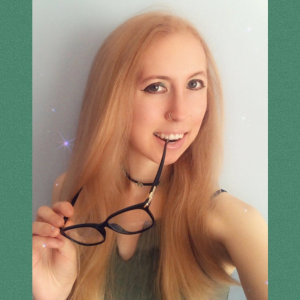 In her spare time she enjoys crocheting (with a portfolio of work available for purchase on Instagram @asinger320), as well as mentoring younger music students at a local music store, where she has been studying guitar for over a decade. She views her writing as a way to simultaneously escape from and embrace reality.